“I’m a child of blackness. Blackness was not meant to survive, and we have survived, and we have thrived. And we’ve given this world more genius than we have ever received.”

In the high waters of the Mediterranean the black body drowns, in the motherland – home of blackness – it’s a space for untold suffering. Victim of dictators, poverty and her many cousins; in the citadel of white supremacist America, it’s the scourge of the unrighteous; in the subcontinent, it's untouchable and undesired; in cold snowy Europe, its home is detention and deportation camps. To be black is to suffer, it is to toil, to struggle even as you fall and get back up. Blackness is to fall and get back up. To dance the shame and pain out into the warm embrace of the ancestors when the time comes to go home.

All the world over, blackness continues to be the darker shade of the human wound, the climax of the human condition in pain. To graduate is to die. To live is to endure the blues of everyday existence. For blackness is the hunted, the site of bullet holes, broken boats, the hateful gaze and the settling-home of hunger and deprivation. Blackness is where the knee meets the neck.

The black imagination is constantly themed towards survival. To survive physically and mentally has made it into everything black and blue. It’s the theme song of the music of black existence; to be black is to learn how to survive.

How to thrive "despite the...", "in spite of...", with a dedication to carry on the tradition. To hand down those many modes of living in a world that doesn’t want you here. Blackness is to learn to transgress death. It is to be in the fields, in the oceans, and yet still be able to hold onto the song. The masterpiece of it all: the continuance of life as song, lived and told thru black brilliance, ingenuity, and tenacity.

The greatest feat of genius has been the telling of this story. The story of this pain: the songs of the griot, the horn of Masekela, the blues of Otis, the devotional blues of the Senegambian Sufi, the dance of the Dogon, the rap joints of Black Thought, the photography of Sidibe.

It’s the many shades, the many ways, the myriad coded passing of tactics of survival to black children the world over. Teaching them to endure, to sing along, to remember Oshun, to reach out to the god of blackness. It’s in these many eloquences that blackness has shown its greatest strength, its greater winning, its greater glory and its own way of saying, "We are here, we have been here, and we shall be here long after the smoke has cleared, long after the ashes have turn to dust, long after the gun has exhausted its final round, long after the fat lady has turned hoarse in singing our blues — our grey hounded existence." 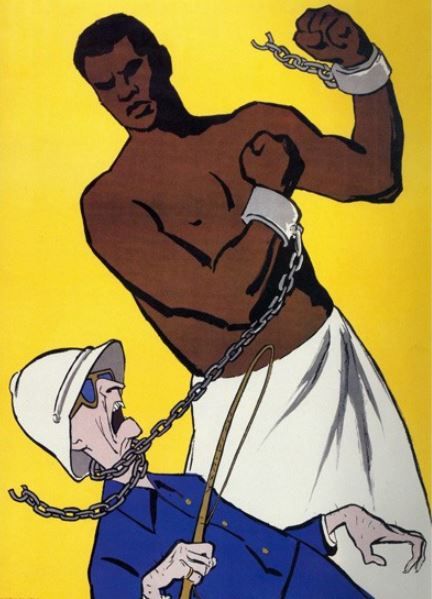 "They attempt to fool the people by showing off some little harsh truths at the conferences and forums they're invited to, where the people cheer them on and bring them back on their shoulders. Then they soon start their real work and call for calm and dialogue with 'the authorities'." 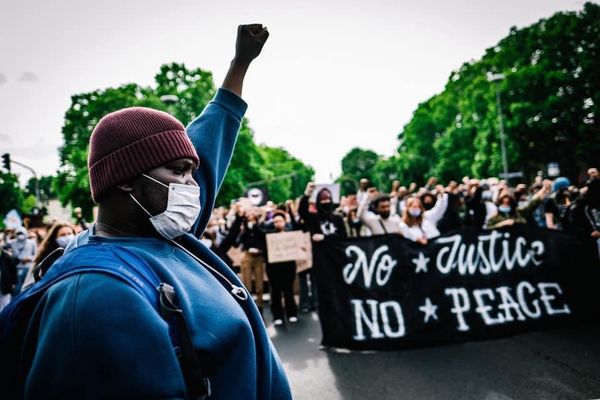 "America lives off the carcass of the black body, so satiated that it forgot its day of reckoning. Now it's here."