In a land of the blind, those with one eye are crowned king. Among grey wolves, the golden pup with a German Shepard mother ascends to pack leader. In Taylor Hackford’s film, Blood In, Blood Out, protagonist and villain, Miklo, assumes the role of undisputed shot-caller of La Honda. Twentieth Century Russia witnessed a short stocky Georgian, by the name of Stalin, rise as a patriotic hero to most Slavs.

The unifying element tying these various scenarios together are oppressed groups weaponizing their oppressors' mistakes. Poaching brought North American grey wolves to near extinction; abandoned strays and abused farm-hounds revived the species. The imperialist Monroe Doctrine caused an influx of Latin American migrants; a bastard child of a racist construction worker and Mexican woman commanded California’s prison system under Chicano rule. Pro-Tsarist White Russians on two occasions collaborated with foreign invaders to slaughter their own people; a series of events followed where both Lenin and Stalin saved Slavic people from extermination, despite not being Slavs themselves. America shares a similar fate, especially in its economy. Rather than on manufacturing, agriculture, and services, our economy grew reliant on drug trafficking and money laundering – a 26-year-old trend nearing its Day of Judgement, like the average gang member.

American history can be summed up into one contradiction: a protracted conflict between colonized lumpen-proletariat and settler lumpen-bourgeoisie. Europe’s rejects became on one hand the bulk of America’s working classes, and on the other hand, mobilized baron lynch mobs butchering Native American civilizations. Africa’s discardable caste became America’s enslaved proletariat for nearly half a millennium, but would be the most militant as well. Although settler proletarians held the advantage in numbers, their dual position of both toiler and baron created a culture devoid of class consciousness – allowing capitalists to use their petit bourgeois status against their own interests. What New Afrika’s (a black homeland in the Western Hemisphere) working classes lacked in size, they excelled in economic understanding and the operational wherewithal to even capitalism's playing field. Those who speak of crime as a new phenomenon are either blind to their privilege or historically illiterate.

America's history of factory farming, industrialization, and service sector work was made possible by a hidden market working as Capitalism's Hidden Hand: the lumpen (extra-legal/illegal) economy contains a two-fold nature:

a.) European barons violating their own legal code, accommodating offshore investors without the state taking any responsibility,

b.) colonized lumpen-proletarians of African and Latino background scraping by on a settler hegemony’s fringes, built by their own supplier of weapons and narcotics.

Just as the splitting of an atom into two others gives the atomic bomb its power, Trump-era fascism’s explosive nature involves the polarizing effect of America’s lumpen economy being at odds with itself. The Lumpen-Proletarian historical destiny is in establishing socialism, while the beneficiaries of Manifest Destiny, America’s Lumpen-Bourgeoise, are committed towards building a white supremacist ethnostate. Marxian support of the lumpen-proletariat isn’t some romanticized delusion painting crack dealers as Robin Hood figures, but is rather an objective, scientific analysis. History solidifies claims made by revolutionary communists. During the Black Panthers' heyday, street gangs became community protectors seemingly overnight when given political education and economic opportunity. In response to recent police violence against college educated black men, it was gang bangers (not college students) who brought the conversation of police brutality to mainstream news. It was during the apolitical period preceding our current millennium that a trend of historically black and brown gangs recruiting white youth began. With neoliberalism outsourcing American manufacturing and gentrification exiling black and brown families into confederate-nostalgic territory, capitalism has, in the words of Khrushchev, sold us the ropes we’ll hang it with. Street gangs abusively regimenting impoverished white youths with unfair treatment clearly demonstrated America’s ripeness for a communist revolution. In a vulgar sense, oppressed peoples took it upon themselves to bully colonizers into submission.

However, our critical enthusiasm of such a progressive development isn’t shared by all. In fact, many farm town grunts and trailer park shock troops used by street gangs are now playing victim. They whine endlessly of black and brown kids jumping them before getting robbed of their Audio sneakers, two-for-$8.99 clearance aisle plaid shorts from Ross, and their AK-47 jackets stolen from Zumiez. However, these very same voices of denial never speak on doing twice the work compared to their hood counterparts. Never admitting to acts of human trafficking, gang enforcing, cop-killing, or gator pit lynching. Once super soldiers conscripted by Disciples and Crips, they now operate as a modern day Waffen-SS. It’s not armed 3%'ers or Klan members we should be worried about – it’s those who can mimic the oppressed. Trump's most dangerous supporters are Slim Shady, Paul Wall-type white boys who found a job at a relative's tire shop after an opioid withdrawal in police custody, selling everyone and their mama out – including their own in court for a reduced sentence. Just as Waffen-SS troops eliminated so-called “undesirables” without detection, lumpen white men killed black and brown folks since childhood – leaving not a single trace. With neoliberalism making junkies out of house boys and gangbangin’ reducing Wayne Bradys into second-class citizens, the white lumpen see Trump as a means of regaining lost status.

However, just as farm-hounds were meant to replace wolves, as Miklo was groomed to become a white boy working for his daddy’s business, and as Stalin was destined to be a reactionary Georgian nationalist hellbent on destroying Russia, the opposite came true. Farm-hounds joined up with Wolves and Coyotes to form a super-species of canine. Miklo proved his worth to the barrio and became ‘Prince of Thieves’ to incarcerated Chicanos. Stalin joined the Bolsheviks and rose to unify Slavic and Turkic peoples against Western Imperialism. Central theme being: although the oppressed undoubtedly adopt cruelty as a survival mechanism, oppressors utilize cruelty out of sheer convenience. Farm-hounds were beaten by their owners and abandoned during slow harvests. Miklo’s father tried to make him denounce his Mexican heritage. Stalin grew tired of the Georgian Orthodox Church, a compliant instrument of Tsarist rule.

These factors drove a subject caught in limbo between slave and master into the downtrodden’s emancipatory cause. This provides clues for solving our present-day historical dilemma. Who’s the spearhead of liberation? New Afrika, Aztlan, or a “reformed” United States? Or perhaps the millions of mystery-race children in our foster care system who understand not where they come from, but have greater focus on what is to be done – compensating for lack of nationality? 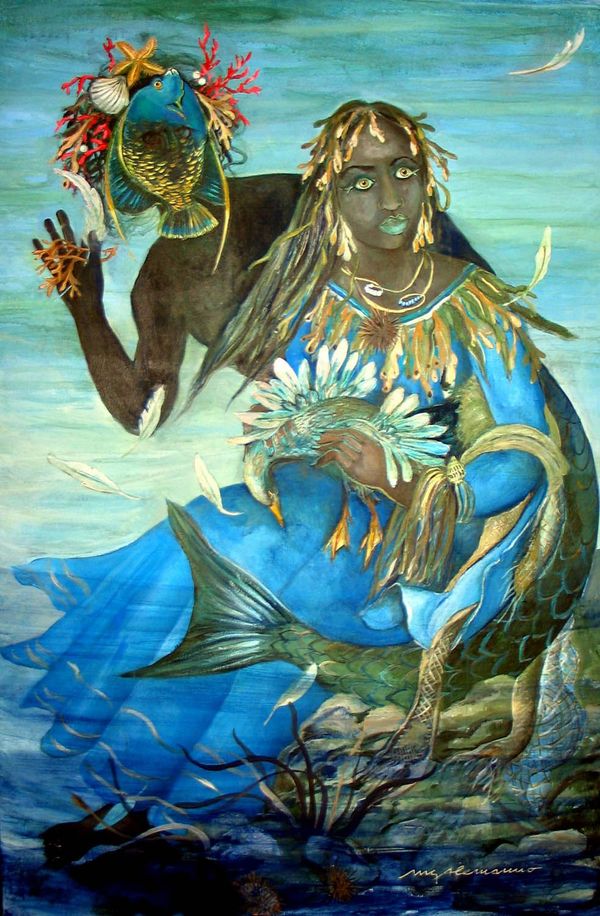 "What does it say about the anti-colonial Left in an age of celebrity "activism" that a YouTuber like Gazi was catapulted to prominence, in part with the help of organizations in our movement?" 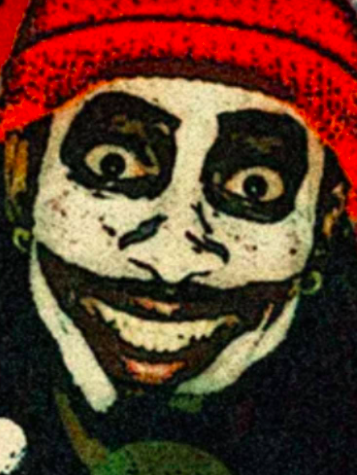 You can run left, or you can run right, reactionary scum. There's not a corner of this earth where the ancestors won't see you, and turn whatever you try into dust. "Ma'at" is an ancient word that means "justice," Augustus. Yours is coming. 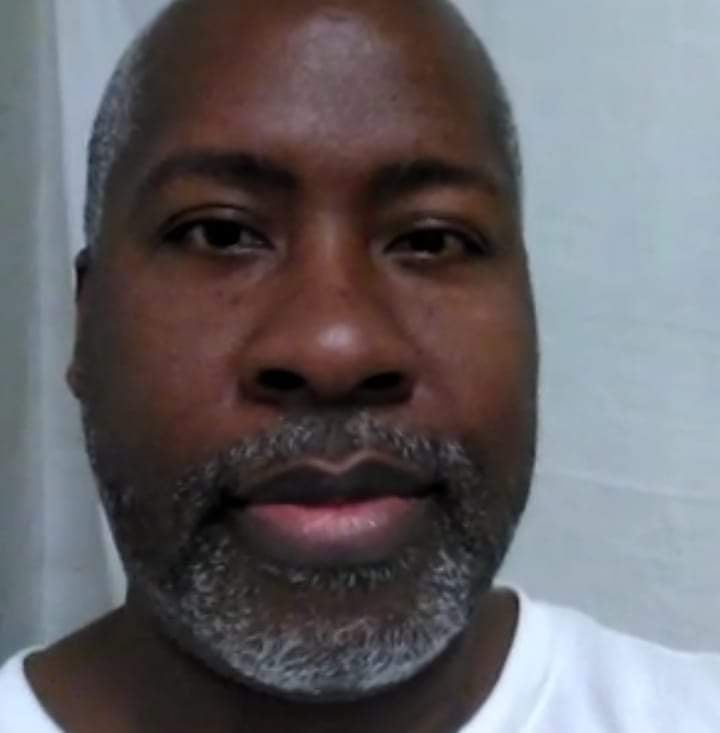 "Officials (at Lucasville) have been murdering and brutalizing prisoners and blocking their ability to bring attention to the abuses without any concern for outside accountability or oversight for so long, they don't even feel the need to produce believable excuses for their criminal actions."