We are told never to forget. To remember our beginnings, forged in fire and brimstone. This is one such day that reminds us of those beginnings, those nationhoods, and other such righteous impulses written in the destiny of a people and a continent still grappling with “what could have been.” This day, whether a hot tropical day or if it ever it snows in May, will forever be a symbol that reminds us to smash oppression wherever it might be found within the African world. We don’t commemorate; ALD isn’t the stuff of history. We march onward to the African Nation that must be. Through constant political education and organizing, the African masses both home and abroad will build a united socialist Africa. That needed to be said, to set the stage for what follows.

The liberation of the African continent from colonial domination and the feelings that animated that era were glorious. They still speak of other joys and bygone adrenaline rushes. Twenty-twenty, we are the children who play with the ashes of that fire that once was. A fire that burnt the very heart of god. A time when Africans took the world by storm and spoke of nothing but liberation and death to the colonizer.

Today we struggle to even honor their memories. Petty tyrannies and coups have tainted the African memory and given birth to a wondrous creature who lurks and haunts the urban landscape and rural environs of the long-suffering continent —the neocolonial man. This being cuts across class struggle. In the poor quarters, he’s born anywhere and dies sometimes in the high waters of the Mediterranean Sea, trying to enter Europe. In the rich quarters, she scoffs at her own people in persistent derision whiles milking them dry of their resources. One a victim, the other a gatekeeper. Engaged in a fierce and bitter struggle, the one who wins will determine the constituent elements of this land.

Last week, many suffering children of Africa died of hunger. Tomorrow, others will feed off the carcasses of the dead by fattening offshore accounts at their expense. There will be pontifications of poverty reduction and curbing hunger and thirst. Funds will come, from dubious sources. They will give life, love, and mansions to those who speak on behalf of the muffled, hungered-to-death, and silenced. Who lives and who dies depends on who can bow for the powerful and shed their humanity. Neocolonial necropolitics.

I was on the phone with my comrade, we spoke between intersperses of bitterness and joy. They recounted to me the floods, the death in the slums, and other such morbid things that are the stuff of the neocolonial state. I sat for a long while and thought about the hard truths that we once spoke to violent power. Where did that get us? Many died because of it, others were exiled or jailed. You can charge this as adventurism, but where we come from, what isn’t an adventure? The leaders take cruises off the blood of our people, and the masses cheer them on. Have you ever seen the entourage of an African president on one of those dilapidated roads? The latest cars – riding on ancient, dusty roads. We spoke for a while and reaffirmed our commitment to our struggles, knowing, deep down, the line has been drawn for us all: solidarity with the cause of the people, or death.

For many, the struggle is an aesthetic. Reminds one of negritude but remember Africa was never born in you or I — that was just bad poetry. This land is matter eternally subsisting and in motion. Changing backwards, as capital and empire continues to ravage her – and we continue to sing amen! Dialectics takes a whole new meaning, and Afrobeat meanwhiles spirals on. Philosophy and music in dialogue, without agreement. Pessimism abounds in copious amounts as reactionary governments meet China and sell what little is left of our souls. Imperialism finds home yet again, forgetting “We look neither East nor West but forward!” (That was a great moment, or movement – choose one if you’re so dialectically inclined – do you remember Bandung and the Tricontinental?)

Perhaps there is such a thing as suffering from liberation blues. The constant moaning, groaning, crooning of “what ifs” blurting out of young mouths. What if Nkrumah was never couped? What if Lumumba lived? What if... the devil’s key to Pandora’s box. We are those young mouths, so stiff, sometimes so stuffed with a thousand many things. The children that played with the ashes that are the remnants of yesterday’s embers. So long a walk, walks filled with defilement and betrayal. With burning echoes and gunshots. Of “african socialisms” and “scientific socialisms’’; the ancient debates between Idealism and Materialism. It was a long walk, not to freedom – Mandela sold out – but as a long-ass walk to the gates of hell. To less-than-a-dollar-a-day, to failed uprisings, to wars. It was an era that seems to never arrive as it gently nudges, with firm footsteps, into our young, stiff, and stuffed bodies.

Speaking of bodies, I hope you remember all those fallen bodies that gave this day its worth. All the bodies dying, because what this day embodies is still a far-flung dream. All the bodies, still waiting to be born into a future that looks more like embracing an apocalypse. All the black bodies that, aforetime, ended up on the other side of the Atlantic.

I hope we don’t reduce ourselves to bodies. We are so much more. We are subjects, sometimes objects and other times beings. And so long as we are subjects, we will keep fighting, winning and losing. Getting up again and devising to win. Since we are many, and we be righteous. Again, don’t you ever forget the embodied histories, tales, and narratives we carry with us to serve both as a reminder, and an impetus, to soldier ever on. Ase.

May 25th. May we win. May we honor yesterday’s resolve with today’s yearning. Diagnosis complete — or shall we say in the words of a Gambian petite bourgeoisie, “end this blame game.” 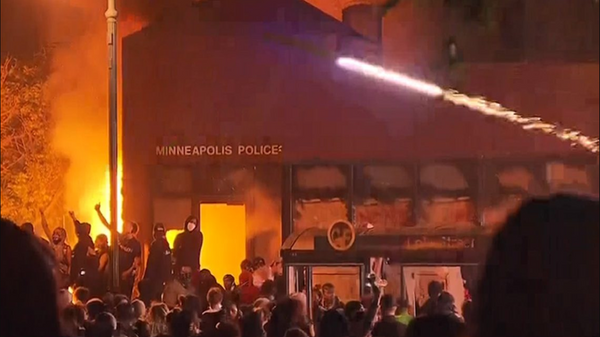 The ghettos of North America are strewn with Black gunpowder. All they need is a red spark. 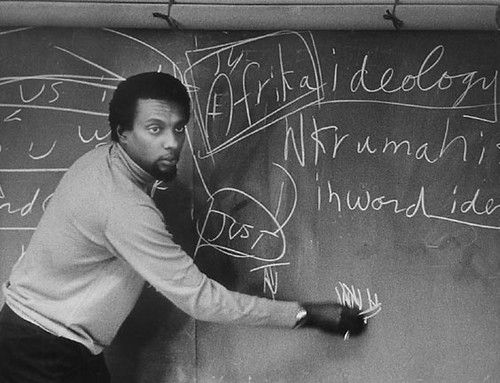 "We can’t postpone the struggle to some indefinite time, and we can’t keep repeating slogans like 'if we don’t win, our children will.' We are in a precarious moment where there might not even be children if we don’t win this future today."