“Always bear in mind that the people are not fighting for ideas, for the things in anyone’s head. They are fighting to win material benefits, to live better and in peace, to see their lives go forward, to guarantee the future of their children. . .”

Decolonization is not a theoretically eloquent dance to nowhere. It’s the awakening of a sleeping people taking over the means of production, and in that very material struggle of the last becoming the first, qualitatively supplanting the ideologies of the ruling class with the revolutionary ideas and cultures they have developed during the great showdown between the people’s army and the minions of private property. Decolonization is the fire and fury unleashed unto the world in a historical encounter that is inevitable in this epoch of neocolonialism and capitalism-imperialism – and with this, an inauguration of another way of being.

At this point we must clarify that we do have a philosophical component to this fight. A war of worldviews and of the class, race and gender elements whose reactionary hegemonies in the life of the mind must be challenged with progressive ideas and theories to win the material struggle. Our only clamor is that to philosophize without changing the materiality of social life will give no credence, no power, no reality to these progressive values and worldviews we today are busy talking, writing and theorizing about. We must learn the art of merging theory and practice within the organized masses of our people to win the ideological war at hand in this long protracted struggle. That in a nutshell is the thesis of this essay. Let's move on, then, and hold this conversation.

Land, bread, and water – not a complex intellectual discourse on the ontologies and epistemologies of colonialism and its antithesis – are the deepest interest of the masses. Our people are today clamoring and hungered in the billions by the constant extraction and oppression of corporations, and as such, are caught either in the whirlwind of a vicious cycle of wage slavery or in the labour reserves of big capital. For a mass like that it would be disingenuous to come with a decolonial program that is not rooted in qualitatively changing the objective material conditions. It would be basically fighting a futile battle against ideas and ideologies that are informed ever deeply by the superstructure that owes its lifeblood to the ever-thriving exploitative economic base that sucks the life, blood, and depths of the third world soils. That's to say, if the program isn't materialist and practice-base, it's more useless than a toothless, clawless, caged lion.

To thin the mist of history a bit, let’s remember that when the righteous masses of the colonized Global South were being rallied in the anti-colonial struggles of yesteryears, the revolutionary leaders didn't expose them to a program of fighting against mere racist ideas. They didn't come with a complex decolonial philosophical program and neither did they busy themselves with the frivolous endeavors of competing in speaking and writing a language the masses will never understand nor decipher. They came with a simple program and named the enemy. The program was let’s win self-determination so we shall no more live under the shadow of another human being as subservient economic and political slaves. That our enemy today is the colonizer and he must be booted out by any means necessary. And our people understood that. They yielded whatever little weapons they had, and as they sharpened their machetes, their determination to become an independent people who would win a glorious fight so their conditions are bettered permanently knew no bounds.

The decolonial program then must today be based on where we are today. What contradictions are inherent within our nations and people. It must be class conscious. It must be materialist. It can wear a dashiki and glorify ancient Egypt, but it still must be dialectical. It must invest in winning over the productive forces of our people in an organized fashion to reclaim what rightfully belongs to them and walk the long road to the progress and happiness of all of humankind. It must study yesterday, but not get caught in it. It mustn't be romantic. It must waste no time in endless masturbatory insults on classic colonialism, but to study objectively the gains made in the liberation struggles, and use those facts in fighting to win against neocolonialism and the comprador class that has risen from amongst us. It must be a mass-based program whose focus is the creation of a people’s popular history that is classless and communist; anything less than this is but a waste of time and an attempt at marching into a dead end. Because great ideas that have no bearing in changing the conditions of the people are just that: great ideas – nothing else.

Decolonization is about land. Therefore, our nationalism is righteous, whether it be the nationalism of the indigenous of the Americas, the peoples of Africa, or the aborigines of Australia. It’s about winning the land back and building independent societies from the ravages of settlers to the adventures abroad of big money. Today the masses are calling for expropriation of land without compensation as part of an active decolonial program, because without land, everything else fades into thin air whiles the starvation, the sickness, the clamor, and the squalor spiral ever on in the shantytowns, slums and favelas. Decolonization is winning the land to honor the resolve of our ancestors yesterday and descendants who will survive the beautiful tomorrows yet to come. To this vein we stand today with the fighting people of occupied lands from Azania to Palestine in their righteous struggle for their lands.

Decolonization isn't woke, it’s a nightmare. It’s a messy, habitual, continuous nightmare that plagues both colonizer and colonized in the suburbs and shantytowns. Because the colonizer and colonized are old friends, they have become synced in their anticipations of the dreadful end. An antithesis whose contradiction will only be resolved in the burning-down-to-the-ground of the master’s house. The happiness of the colonizer is the wretched state of the colonized, and vice versa. Theirs is a dialectical relationship that can never be woke, since the day it wakes up it will result in the eternal sleep of the benefactor. So the work today is to awaken the beast within the neocolonial peripheries and remind it of the ending of the friendship. That it won't be transformed into a complaining Philosophy or a harmless aesthetic, but a program of action whose basis is righteous indignation at the forces of oppression that have stolen the land underneath their feet. For the day the third world wakes up, the first world goes to an eternal sleep filled the nightmares of the aforetime colonized – again, the dialectic, but overturned, this time, to serve the ones that rightfully deserve it.

Decolonization, then, is to organize for socialist revolution. It’s not academic conferences and coffeehouse bullshit. It is scientific in its analysis and materialist in its theory. It doesn't beg to be heard in ivory towers, because it’s catching fire in the working class and peasants quarters of the Global South. It is calculated in its advance and its highest development is found in the proletarian and peasant movement that denounces the labor aristocrats of the colonial metropole as it marches forward in seizing production and changing the tide of consumption. Knowing it has nothing to lose but its shackles and in winning worlds it will bring forth the historically-needed economic, social, cultural, political destiny of the world to a radiant beginning(s). It’s the great poetry in motion of a people finally taking ownership of their own dance as they walk into a newness hitherto unseen by the reactionary forces of a decadent world; a reality of their own making, becoming and being in a zeitgeist that's made through fire, hail, and brimstone.

To conclude, our decolonization today must sit and converse with the people in a language they understand. It’s a striving at naming and knowing the enemy and the friend of the colonized. It must know that we will never mentally decolonize without winning over the economic base and replacing the ideologies of the bourgeois superstructure with that of the progressive masses. It’s primary insofar as land, bread, and water remain the province of the private. It’s popular, messy, beautiful, poetic, bloody, and in the end, worthy of the final becoming of humankind in its continuous motion and movement to happiness and progress as it enters the vortex of the very eternal. 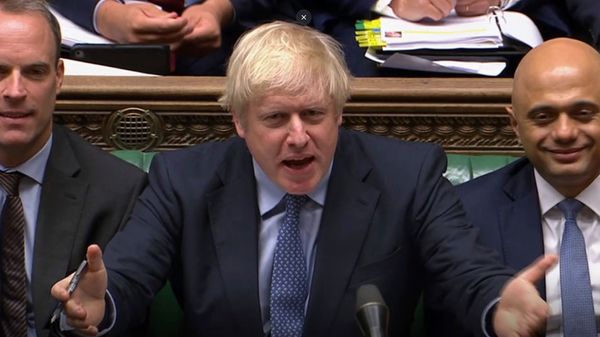 "...the time has come where facts don't matter to political discourse in an era dominated by nationalist populist rhetoric, and the face of such discourse has now been plastered with the face of Boris..." 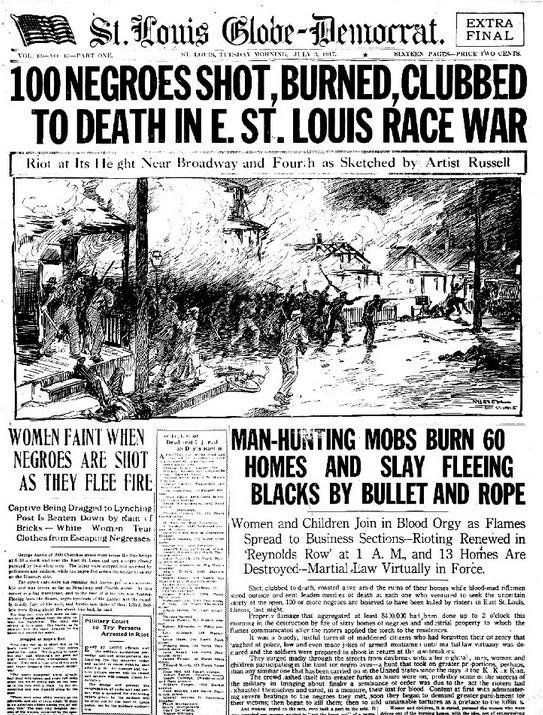 "Today, if you are in good faith, you should do like Sartre did with Fanon and ask what, in spite of all, you can learn from our voices, now that we no longer address ourselves to you, but rather, to one another about you and beyond you."