“Settle your quarrels, come together, understand the reality of our situation, understand that fascism is already here, that people are already dying who could be saved, that generations more will live poor butchered half-lives if you fail to act. Do what must be done, discover your humanity and your love in revolution.”

The struggle for a just world, for better days, for the daylight of a classless world is no heartless one. It is one inspired by the highest ideal produced by humankind in its continuous progress. Communism is humanity at its best, in thought and practice. Because it’s grounded in love of the suffering, productive masses of the earth, it isn't for the faint of heart nor the irredeemably cold of heart. Those who believe just worlds are possible aren't cold, lifeless, fascist-like creatures lurking in the shadows waiting for a crisis, but a people given to the deepest and best of what human kindness can offer in changing the wheel of time. That they so desire that every human being has dignity in their labor and sovereignty in their day-to-day living that they pick up arms, pens, and whatever tool to help them in their fight for the reconstitution of human society. However, many comrades today have made it look like ours is supposed to be a ruthless, conniving, and bickering work that is involved more in theoretical flight than groundings with the masses.

To be communist is to practice the mass line knowing the masses that you are giving your life to are the same masses, in their conscious state, who must be the guardians and executors of the revolution. It is to be with the masses, for the masses every day that we get out to win. That ours is not a win if the masses don't see themselves reflected in it. Knowing that knowledge comes from social practice, we continually learn and improve on our communion with the masses. Because no vanguard will truly be worthy of the name until it’s the vanguard of the masses and not some anti-dialectical utopia. Practice isn't a hit-and-run affair but one that sits, comforts, argues, and breaks bread with the people in the places they dwell and produce. Theory is born out of these sessions and it’s both joyful and sad because it’s human. It angers and comforts because it's not a dead set of words but a life-affirming movement whose province is in the thick life of the masses.

Base building is likened to a love story. It’s to be an exchange with those who must never suffer again because they make the world go round. It’s to go back to the people and remind them of what they will accept as the irrevocable truth – that without their labor power and productive strength, the world as we know it would come to a halt and the great machine would cease to grind. We touch base to expand and to increase, not just quantitatively, but to qualitatively test the theories we hold to be self-evident against the objective material conditions that abide. To sit at a computer and social media the life out of yourself is not organizing. To build base is to be with the people in real time. Neither idealizing nor romanticizing the community, but knowing and doing, with dignity, for the greater glory of our people.

We go to the people not as the learned that will teach them, but as students of objective conditions. To learn the art of honoring the experiences found therein, knowing it’s the true test of all knowledge. We produce the mass line in these dealings after a scientific analysis of what abounds. Avoiding tailism and haphazard conclusions, since that will make us failures and will only alienate us in this long, protracted struggle. But we must never be afraid of the failing that we lay claim to easy victories. We don't win because the organization won, but because the masses have won, and they see it reflected in the materiality of their situation.

In doing base work, we shouldn’t ever lose sight of who the people are. Not everyone who we organize and lead to revolution is from among the masses. We must be clear about this. The working masses, the peasants, and the lumpenized masses are our people. Those whose labor and productivity are being usurped and appropriated are the ones with whom our work lies. Ours isn't a kumbayaa or hippie sort of work that unites every class of society, since we know the enemy isn't some external force but one that is within us and must be exposed, its class privileges destroyed. Many leftists today theorized about this but approach the question differently – they want to unite oppressor and oppressed in an amicable way, as if that has ever worked.

Don't forget the spirit of the Internationale, which reminds us that there is joy in struggle when it’s taken with certainty and hope. We must be convinced that our struggle is righteous and that we will win! That this is not born out of a whimsical, idealistic notion but from a dialectically sound knowledge of the laws of social development. We are joyful insofar as our line of practice is correct, that it isn't pushing away the people and we are not falling into the callous hands of liberalism. We must always combat liberalism and opportunism wherever found. We must never be afraid to criticize and self-criticize in trying to gain higher grounds and to change our conditions permanently.

In communing with the people, we must never be so caught up with the language of a bygone time that we don’t know how to speak to the people. For every generation has its own language rooted in the material conditions of that epoch. It does us no good speaking the language of the USSR in the slums of Africa or the hoodlands of America. To be with the people is to master the art of communicating with them in their own language. You're making no gains when your pompous theory-speaking confuses the people and makes them run away and land into the hands of the wolves. Our theory must speak eloquently to the times, nothing more, nothing less.

In the end, we must learn to look out for each other. We must love and honor one another. We who are fighting for the creation of an egalitarian world must reflect those values. If we fight over every little theoretical schism then what we are showing the world is that the world we intend to create will be one that fights and kills itself over everything and nothing. We have a bigger war out there – capitalism-imperialism is killing our people, our communities, and destroying the very fabric of human existence. We must organize because the enemy is organized and won’t be defeated by internet theory wars. Our solidarity must be real. It must be one that says “touch one, touch all!” Remember our winning is the winning of humankind and the glorious takeover of the means of production and the inauguration of a just world. 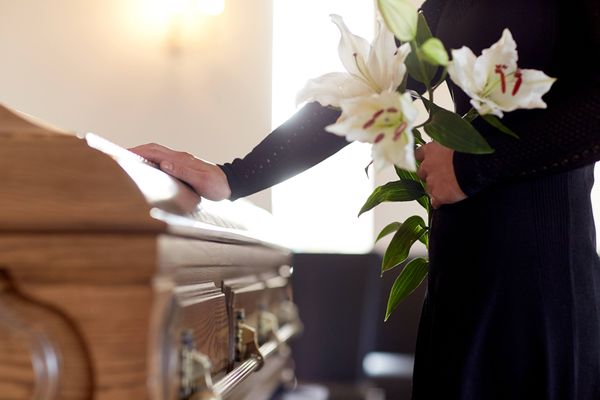 "We had to kill Decency, because taking a stark, unyielding, impolite look at a person’s legacy is the only way we’re going to learn from it. That, and a good laugh keeps our dread at bay." 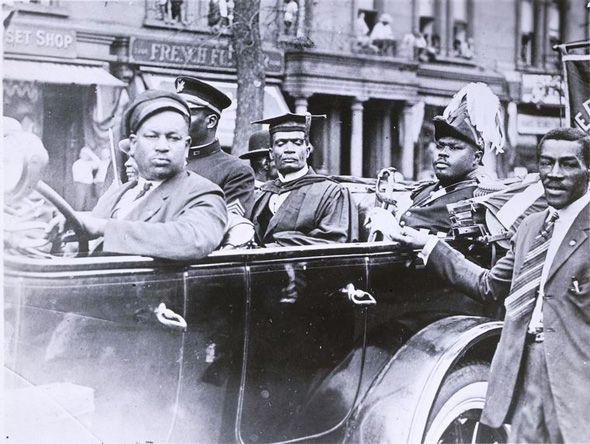 "As revolutionary nationalists in the 21st century, we need sympathetic accounts of Garvey and of Black leadership that don't descend into crass hagiography..."